How to Build a Custom Test Harness in Rust

I ran into a problem effectively using cargo test in Fluvio for integration testing.

As a lone developer, you can apply one-off customizations when running tests locally. But if you try to extend that strategy to continuous integration, you’ll quickly find that making changes manually becomes burdensome. CI encourages testing many different configurations, which means a successful CI plan requires easy management of test harness variables (a.k.a. Not manually updating variables for every test you need to run).

cargo test is just not equipped to handle this specialized focus on environment setup, or the cleanup/teardown needed after a test is run. When using cargo test, these crucial tasks could only occur outside of the harness or within the logic of a test. Neither of these are good choices. Outside of the harness is not ideal because these processes end up too disconnected and hard to maintain. Likewise, including setup/teardown within the logic of a test is inappropriate because it creates mental overhead for a test writer, and may obscure the results of tests.

I needed to find a way around the limited functionality of cargo test – keep reading to find out how I did it by creating a standardized setup and teardown as part of our testing harness.

How does cargo test work by default?

There is a distinction between unit tests and integration tests in the Rust book. The distinction is less about testing strategy and more about defining Rust’s conventions for test organization.

The main points are that:

What do I need from integration testing?

Setup of a standard test environment – especially in a complex system – is essential for managing expected behavior when making code changes.

Unfortunately libtest does not assist with setup or teardown. I needed the ability to abstract away the setup and teardown of my test environment from test code.

It isn’t convenient to manage setup and teardown in a different context than the integration test. This kind of testing overhead leads to hard-to-reproduce and time consuming mistakes.

Where do we get started with a custom test harness?

By default, libtest will compile each of your #[test] labeled functions into their own binary crates (with its own main()) and executes it as part of the test. But we’re going to build all our integration tests into a single crate. This is recommended in order to speed up compile time ([1], [2])

In your Cargo.toml, you want to add

This tells cargo test to not use libtest when running the integration test.

When we run cargo test integration, what cargo will compile integration/main.rs and execute it in the same manner as cargo run. This is all a harness is from cargo’s perspective.

Next we’ll lay the foundation for our testing pattern. We’ll create 2 functions, setup() and teardown(), and add them to our main() (with reserved space in between for our future tests to be called).

To do its job, our test runner needs to create a list of all the test functions. Initially, I thought there would be an easy way to do this by leveraging libtest’s #[test] attribute.

I dug around in relevant areas of libtest and Cargo test and Rustc macros code, but long (sad) story short, there is no straightforward way to reuse libtest for the purpose of test collection.

If that surprises you, then you’re like me. I had hoped to use the test collection functionality from #[test], but it wasn’t clear how I could accomplish this. My mental model for how cargo test works needed a refresh.

Now that we’ve removed the option of using libtest, so that gives you 2 practical options for collecting tests:

For this test collector, we’ll be utilizing a crate. The inventory crate is a plugin registry system. We’ll be using it for all the heavy lifting in our test framework, which means we’ll be treating our tests as plugins.

In our main.rs, let’s declare a new module tests, where we can organize all the integration tests.

In our new module, we’ll start by creating a struct to represent a single test for the plugin registry.

In this example, our struct IntegrationTest has 2 fields.

Note: You can use functions that take args, and return things.

We’re going to add a new basic test to the plugin registry. Start by adding a new submodule called basic in the tests module.

In the basic module, we write our basic test basic_test()

We’ll use inventory::submit!() to register our new test with the IntegrationTest struct we defined earlier.

name is a friendly, human-readable name. We can use this name as a key to search through the plugin registry.

test_fn takes the name of our test function. It has the same function signature as we defined.

Tips for extending the example

The example runs all of the registered tests. But here are some useful impls if you want to extend even further. For example, adding a CLI, if you want to select individual tests. Or provide options to customize setup or teardown behavior.

If you want to see more of these ideas extended even further, check out Fluvio’s integration test runner.

We use the CLI to customize setup, handle async testing, and we use an attribute macro to collect tests.

Rust’s testing ecosystem in the 2018 edition is great for unit testing. But for integration testing it still has room for improvement. Custom harnesses will become more necessary as Rust/master gains new developers.

If we want to avoid reinventing the wheel, we need stable support from libtest or more examples of how to perform test collection and patterns for setup, test, and teardown workflows.

If you made it this far, thank you for following along with me! I wrote this because I could not find a guide to do this before trying to do this myself, and knowing these things beforehand would have made it much faster. Hopefully others find my experience helpful. 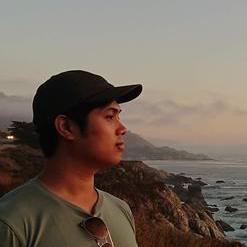