Sending tuples from Node to Rust and back 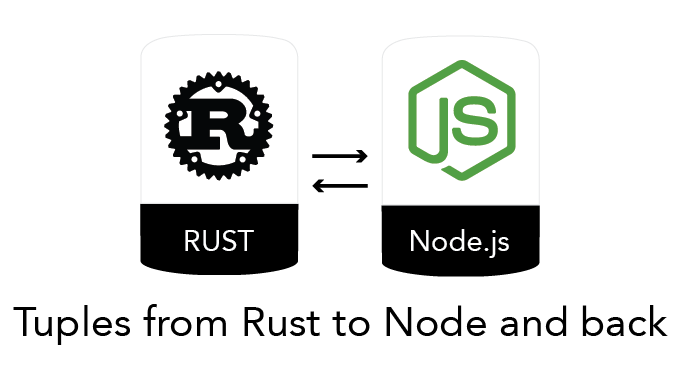 This week in Fluvio, I want to talk about an interesting problem I encountered while implementing a Batch Producer API for the Fluvio client. As part of our feature development process, we update each of our language clients with new APIs for interacting with the new functionality. This particular problem cropped up while I was implementing the Node client API for batch record producing, and has to do with passing Tuples from Node to Rust.

In this post, I’ll talk you through the problem solving journey I went on this week, by:

In our batch producer API, the goal is to send multiple records to Fluvio in one request. Records are represented as a value and potentially a key. I chose to expose this functionality with a function that accepts any iterator over items of type (Option<K>, V). The elements of this tuple represent the potential key and the definite value. The specific function I wanted to write in Rust and call from Node is the following:

To be as flexible as possible, we’re using a couple of generics so that callers have more freedom with the values they can pass to us. An english description of this API might go something like this:

Provide a value records which can be turned into an iterator over tuples (Option<K>, V), where K and V are each types that can be converted into byte buffers.

Here are some quick examples of values you could provide to this API:

Now let’s think about what we want out of a Node API. In Javascript, we don’t really abstract over different types of iterators often enough for it to be relevant, so we can settle with passing a plain array. What about the elements of our array though? Javascript doesn’t technically have tuples, but a common pattern to use instead is simply choosing a fixed-size array and putting all of their values into it. In fact, typescript even supports annotating this situation! Let’s take a look at how this plays out:

I created the type alias KeyValue to represent our tuple type, where each item in the tuple is a string. Our function sendAll wants us to give it an array of these tuples.

Alright, so now we’ve got a handle of the underlying Rust API that we want to bind to, and we know what we want our Node API to look like as well. Let’s take a look at how to glue them together using node-bindgen.

Node-bindgen is a Rust crate for automatically generating glue code for Node programs that want to interact with Rust functions and types. It works by providing an attribute, #[node_bindgen], that can be applied to functions and implementation blocks. At compile-time, node-bindgen generates conversion code for Node and Rust code to pass values back and forth, leveraging Node’s N-API. An example node-bindgen function might look like this:

The way this works is via a pair of traits for converting values to and from the Node representation. We have trait JSValue<'_>, which describes how to convert a JS value into a Rust value, and we have trait TryIntoJs, which does the opposite. This is nice because it allows us to define conversions for new types, as well as to define conversions for compound types, built from other convertible types.

We’ve already seen an example of a compound data type, Vec<i32>! Vec has a blanket implementation of JSValue for any other type T as long as T also implements JSValue. Great! So in principle, as long as we’re just combining basic types, everything should be fine and dandy, right? Let’s try it out with the API we want:

When I compiled it, I was met with this error message:

Ok, well I didn’t actually think this was going to be easy, did I? From the looks of it, node-bindgen is missing implementations of JSValue for tuple types! But this is actually kind of cool, now I have a chance to make an improvement to node-bindgen that will be useful to other users even outside of Fluvio.

So now I know that I’ll need to write some new JSValue implementations. We will need a special implementation for each size of tuple that we want to support. Right away, it smells like a perfect recipe for a macro! But before diving straight into writing macros, I wanted to first try out this strategy with just one case and make sure it works.

For the first go-round, I’ll write an implementation for 2-Tuples. This implementation will need to be generic over the two component pieces, and it will require that both pieces also implement JSValue. Our impl block will look like this:

Alright, so far so good, but how to we implement convert_to_rust? Well JsEnv is a type that represents the environment surrounding the value that we are attempting to convert to Rust. Contained somewhere within it are all the values that were in scope when the Node program called into our Rust function. We also have js_value, which I think of as a handle to the specific value that we want to retrieve from the environment.

So let’s take a step back for a moment and think about the values that we’ll actually be dealing with. In Node, a tuple is just a list of values. And we already have a way of receiving lists from Node, it’s the impl<T> JSValue<'_> for Vec<T>! Let’s take a look at how that works:

Ok, awesome. I think there is a lot of information here that we can re-purpose for what we need to do for tuples. Here’s the plan for things we’ll do the same and things we’ll change about this process:

Alright, let’s see if we can execute on this plan:

Ok, let’s try it out with the send_all function and see if it worked!

Woohoo! We’ve got it compiling. Let’s write a quick body that just prints everything it receives so that we can just check that everything Really Actually Works.

We’ll call it from a typescript module like this:

And the moment of truth:

Great! We can now pass tuples from Node to Rust, and everything gets converted as expected! I won’t write it all out here, but I did test with other permutations of types, array lengths, etc., and everything works pretty much how you’d expect it to. If you want to see a bit more of an example, check out the new node-bindgen example for tuples :)

Alright, so we’ve written enough to fit our use-case, but we can’t stop there! We want to be able to pass other sizes of tuples between Rust and Node. However, we don’t want to have to hand-write the implementations for each size of tuple, so let’s see if we can make a macro do the job for us!

What we want is a macro that looks something like this:

Ok, so let’s give this a shot:

So this comes pretty close, but there are a couple problems. Firstly, we want each tuple implementation to check that the provided Node array has the same length as the tuple type we are dealing with, but this form of macro doesn’t provide any amenities for counting the size of the type, or for selecting individual elements from the array by index. There are some tricks that we might be able to leverage from the little book of macros, but that seems like it would make things much more complicated than I want to deal with.

Well, let’s look for inspiration. I know I’ve seen libraries use this pattern of implementing traits for compound types, where the component types implement the traits. Let’s take a look at serde and see how that handles tuples.

Aha! It looks like serde does almost the exact same thing I tried to do, it just does it in a way that is straightforward and actually works! The serde tuple_impls macro takes a $len expression with the number of elements in the tuple, identifiers for the generic parameter, and tokens $n:tt indicating the indices of each item in the tuple.

Let’s see if we can leverage this pattern to do what we want.

Bingo! We now have working implementations for converting tuple types from Node to Rust. This pattern also works out in the opposite direction, and I was able to write a macro to impl TryIntoJs for tuples as well! Mission accomplished, we can now pass values both ways in tuples.

Thanks for reading this far! I hope you enjoyed my little foray into the world of Rust/Node glue code with node-bindgen, I know I had a lot of fun working with the blanket impls and tuple macros, it gives me the warm fuzzy feeling of writing slick composable code 😎.

If you’d like to learn more about the work we do on Fluvio or node-bindgen, be sure to check out our website at fluvio.io and our Github repo. If you have any questions or want to learn more about Fluvio, you can come talk to us on our Discord server. Until next time! 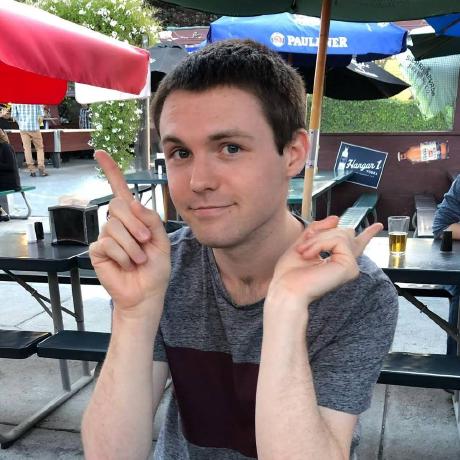